Jake McCarthy was our 24 year old bright, talented, beautiful son who lost his life to an undiagnosed brain tumour leaving his family devastated. 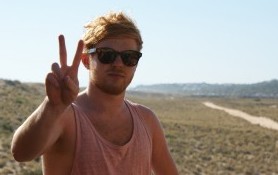 Jake, an old boy of Loughborough Grammar School and Manchester Metropolitan University, was on holiday in Thailand with his brother and a friend when he suffered a  seizure which left him in a coma. He was found to have a very large brain tumour on the left frontal lobe. Jake underwent emergency surgery to remove it but heartbreakingly for his family he never regained consciousness, Jake passed away 24th December 2012. His condition had gone undiagnosed at home in the UK.

As a result of overwhelming support from those who knew Jake, his family decided to set up a foundation in his memory ‘The Jake McCarthy Foundation’, to help prevent other families from experiencing  such a tragic and devastating loss.

Add some widgets to this theme!