A week to go until Robbie & Jakes Rugby Festival 12th/13th July. Come along & support two great local charities for two boys who lost their lives too young. It sounds like being a great couple of days kicking off on Friday night with a beer festival and Saturday the Rugby Festival. Please come & support we need your help to fight these horrible cancers. 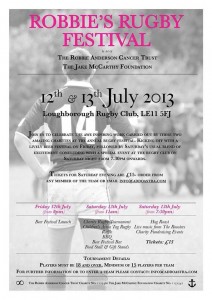 Thank you to Ian Westran for raising money for Jakes Foundation the 100 mile Nottingham cycle ride, a big thank you to Ian & to Boots for doubling Ian’s sponsorship money to raise awareness of this horrible cancer that robbed us of our beautiful Jake. 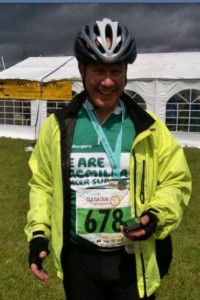 Henry Shaw, one of Jakes closest friends, rode the 100 mile Nottingham cycle ride for Jakes Foundation, thanks so much Henry. 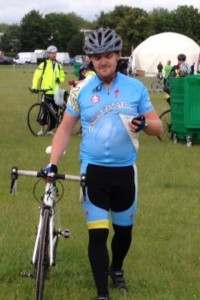 On Saturday 8th June Ronnie & Tim Porte organised a quiz night for 100 people to raise money for Jakes Foundation.They raised an astonishing £2095. Thank you to Ronnie & Tim, everyone that attended and those who gave so generously to help us raise awareness of these horrible brain tumours.

Following the Rothley Run the girls at The Woodies sold ‘Cakes For Jake’ that were all homemade to raise even more money, the cake sale raised an amazing £616, the generosity shown by everyone has blown us away. Thank you to everyone especially Simon & T-Bone for their continued support of Jake. 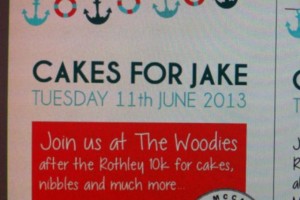 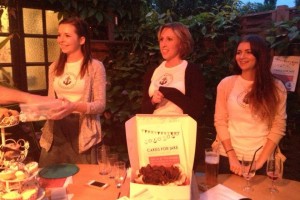 T-Shirts ready for Team Woodies who will ‘Run For Jake’ in the Rothley 10km race 11th June 2013 at 7.15. Thank you to all the team and for those who have supported them so far. They have raised an amazing £1105, 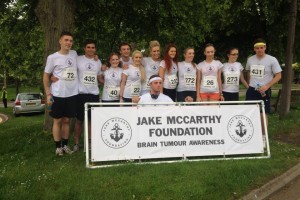 we are so touched by everyones generosity.

Assembly presented by Musical Bingo 1st June 7-11.30pm, another great event being held in London to raise money for Jakes Foundation & Cancer Research, two great causes. A huge thank you to Claire & all those involved in organising this brilliant event. 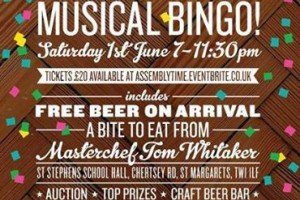 The Woodmans Stroke in Rothley is our local pub where Jake worked for a while and where we went as a family group to meet up with friends and family, my boys were always there and usually the last to leave!! The staff & customers have been so supportive & have collection tins on the bar at all times. So far they have raised £307 via the tins we can’t thank you all enough.

Thanks to Starbucks staff Thurmaston for raising £525 via a raffle during the month of May so good to know so many people care.

Add some widgets to this theme!